Anger is a form of our emotional state. The intensity behind anger often varies from annoyance/irritation to an intense state of rage and fury. Anger, in its inception, is completely normal for a human being. Everybody gets angry at some point in their life. The fact that someone gets angry is not alarming a state as such. However, the action and repercussion of anger can be quite harmful to many. As with any other form of emotion, anger too comes with its fair share of biological and physiological alteration to a being. Often as an individual gets angry, the first physiological change is their heart rate, along with blood pressure level would often rise. Alongside, there are other energy-based hormones that shoot up. Anger is also followed by the secretion of adrenaline and non-adrenaline hormones in the body.

How Is Anger Caused?

The reasons for anger can vary depending upon the situation surrounding the individual. There could be both external or internal events that can trigger anger.

External events would often derive when a person is angry at another person. The examples could vary to situations such as anger against a family member, your boss at work, your fellow workers, the traffic guard who fined, and many more. This is the most random and common form of anger we witness on a daily level. If you are annoyed at your home/workplace or any other place most of the time, this would be counted as an instance of anger.

How To Check If One Is Angry

The signs of anger are very easy to spot. When we hear commotion/argument between two people, it is safe to assume that either or both are angry. Since the body undergoes several physiological changes when angered, there are many tale-tell signs of anger. Some other signs to check would be:

The Three Forms Of Anger Release 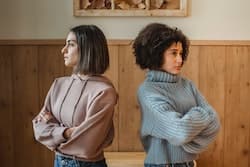 Anger, once generated, needs to be let out. The only way to deal with anger is by letting through with a good outburst. There are three principle ways in which anger can be released. They are, namely, suppression of anger, expression of anger, and calming the anger. Let us discuss the various forms of anger release to better our understanding.

Anger can be suppressed by using the right method. There are different ways to suppress anger. Anger can be often be redirected or redistributed to other activities, which can help soothe the anger. A common trick is to start doing an activity that requires immense labor and force. Activities such as swimming, jogging, running, wood chopping, and so on, can help redirect the anger energy to productive work.

Expressing your anger with an assertive control over your action is very important for the well-being of all. While angry, it is very easy to let loose and destroy everything in the path. But that will be counter-productive. Whereas, if the anger can be expressed in an assertive and healthy way, it can get a lot of work done. A good way to start would be to gain clarity as to what the objective for the anger is. A carefully calculated expression of anger without hurting anybody around is a better way to approach it.

Another method and the most important of them all is the calming of the anger. This is basically a state where you do not react impulsively and wait and soothe your own anger. This requires a great deal of restraint on the part of the individual. There are various meditation exercises such as focusing on breathing and clearing your mind and thoughts. Calming your own anger is the best way to deal with anger and let it not affect your surrounding.

Getting Support For Anger Management

There is no shame in asking for professional help when dealing with anger and related issues. Although there are several ways as indicated above, sometimes it is not possible for everyone to deal with their own anger. If an individual suffers from regular bouts of anger, he/she must take the help of a professional counselor who can guide the process of anger management.

There are various scientific methods of therapy and counseling, which can help individuals deal with their own anger and learn to better manage the reaction to it.